Gaza walled in and under siege

God, Yoga and Soulmates: An Interview with Sri Acharyaji

BE THE AD 4 PALESTINE - Instructions on submitting your video - Vicki S....

Patrick Little telling the truth & standing up to the American Zionists. Support this man and other candidates like him.
at May 21, 2018 No comments:

Israel runs US govt not Russia. AIPAC is a foreign agetn

Trump and Netanyahu disagree but close buddies. Kevin Barrett tells the truth; Trump should too.

American scholar Dr. Kevin Barrett says the moral and economic cost of the failed war on Iraq destroyed the United States but it was the best thing ever happened to Israel. Dr. Barrett, a founding member of the Scientific Panel for the Investigation of 9/11, made the remarks during an interview with Press TV on Thursday while commenting on a recent Trump statement about the Iraq war.

Was BiBi more powerful than Barack?

Israeli Prime Minister Benjamin Netanyahu spoke before the US Congress today, receiving more standing ovations than President Barack Obama did at an address earlier this year. Former Alaska Senator Mike Gravel things so. Obama and Congress, says Gravel, lack courage. Politicians are more interested in having a job that doing what's right, he says, and because of that they will follow the PM's plan in the Middle East. And according to Gravel, it isn't a peaceful one.

Friday in the Afternoon: Gaza Border 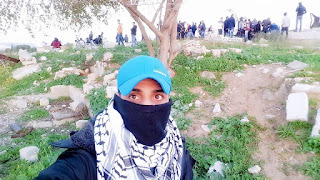 All these photos were taken by Mohammed Gh at the border of Gaza on 23 Feb 2018. 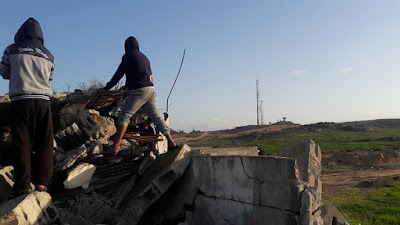 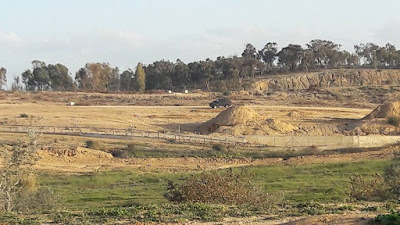 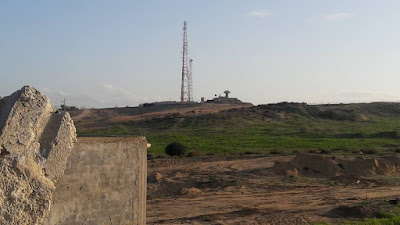 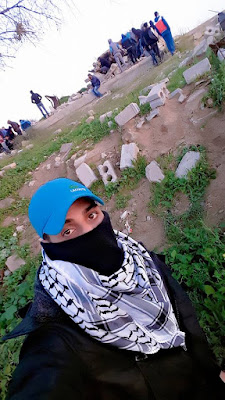 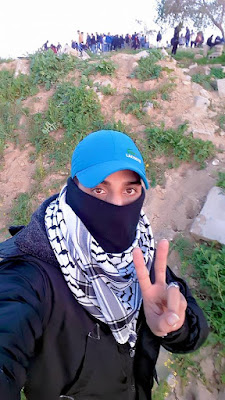 "Today in the afternoon: "I took some pics at a time when the Israeli occupation soldiers were facing the Gaza border. Despite the shooting, we will continue to resist this criminal occupier and never give up until the liberation of Palestine." Mohamed Gh

(Notice how the earth is wounded by the military occupation of Palestine. Vicki)
at February 24, 2018 No comments:

Let's answer the letter from CT US Senator Murphy about Palestine 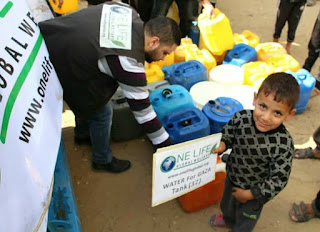 Water is a human right, but  war on Gaza means no water at home (photo via Imad Pal)Winter 2018

Hello,  I have been discussing this letter with some of you. I want to share the following letter from Sen. Murphy of Connecticut in order to give you a chance to comment on its content. I will be happy to share your contents with him; not by sharing your names, but by sharing your location. Here are the major issues I have with his correspondence, but you may have noticed other problems to state or better arguments.
Here are my first observations.

1. The USA agreed to a #38 billion pledge in 2007 to Israel for a decade tor military assistance to Israel. In his letter, Senator Murphy mentions that amount that the USA gave to two portions of occupied Palestine: Gaza and what is now called the West Bank. For this point the discrepancies in the amounts of money are not as startling as the fact that the US gives money to build infrastructure exactly where the Israeli military bombs and destroys Palestinian city utilities and homes. Maybe it is just me, but these activities are totally counterproductive as a reasonable foreign policy.

2. His assumption that the people of the US consider Israel a close ally and the genocide of Palestinians is acceptable.

3. The hypocrisy & arrogance of "abhor(ing) Hamas" and "corruption in the PA" when he works for the most corrupt government in the world, who steal & murder men, women and children from countries that won't keep the USD as the oil currency.

4. Palestine is a country occupied by a foreign power and experiencing the genocide typical of colonial powers for 4 centuries (such as in North America, Central America, South America, Africa, India, China . . . well, its not so hard to find the history).

5. The 2-state solution has only brought terror to the people of Palestine. Israel has used it ans excuse to allow colonists to settle in Palestine with a goal to create successful gerrymandering in terms of political voting zones.

6. Senator Murphy is a young man, born after the Vietnam War was over. He appears to have not been taught the history of the region except from Zionist propaganda.

Do you agree, disagree or have other comments? I hope so. Please comment on my blog Dissected Dreams, Deliberate Decisions. 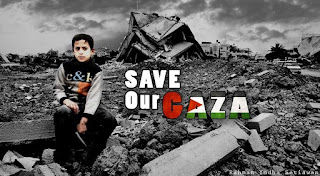 
Now here is the message from the senator.

A message from the office of Senator Christopher Murphy; Connecticut US Senator

Thank you for contacting me about foreign aid for the Palestinian people. I appreciate your correspondence and hope that you find this response helpful.


As you may know, the United States is the largest bilateral donor to the West Bank and Gaza. In 2016 alone, 'the United States contributed $440 million in development and humanitarian assistance. The United States pledged $212 million in aid after the 2014 operation by the Israeli Defense Forces, which resulted in the deaths of 2,000 Palestinian civilians and the displacement of 100,000 more, as well as hundreds of millions of dollars in damages to the homes, businesses, and infrastructure in Gaza.

Unfortunately, so long as the Israeli-Palestinian conflict persists, restrictions on imports and exports will continue to constrain economic growth in the West Bank and Gaza, requiring Palestinians to heavily depend on international aid.

While I abhor the government of Hamas in Gaza and have serious concerns about the level of corruption in the Palestinian Authority, I support continued American assistance to the Palestinian people.

I am concerned that revoking desperately needed humanitarian aid and punishing the Palestinian people for the actions of their leaders will only further exacerbate widespread suffering and radicalize a new generation of Palestinian and Arab youth against Israel and its supporters, including the United States. However, our assistance programs must include rigorous oversight to ensure no aid is diverted to benefit Hamas.
I also believe the United States, as a close friend and ally of Israel, must work with the Israeli government towards a lasting peace with the Palestinian people. As a Member of the Senate Foreign Relations Committee, I will continue to advocate for a robust foreign aid program that promotes a more secure region, as well as work with the Trump Administration to achieve a lasting solution that results in two states for two peoples living side by side in peace and security.

Thank you again for contacting me about this matter. I appreciate hearing from you and assure you that I will always do my best to represent the views of my constituents in the Senate. In the future, please do not hesitate to call me in my Connecticut office at (860) 549-8463 or in my Washington office at (202) 224-4041.

https://www.wunderground.com/cat6/blockbuster-assessment-humans-likely-responsible-virtually-all-global-warming-1950s#comment-3767850807
at February 21, 2018 No comments:

Juncker, live Q and A

The EU is great when it comes making live events available in all languages of the member states. organization to share knowledge with people is sophisticated. 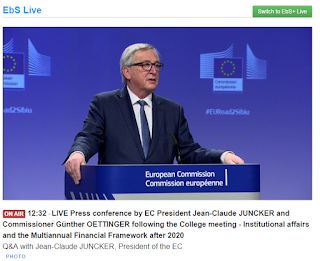 Mr. Juncker,  live Q and A in original, or with translation including in English.
He emphatically denied that he was a Federalist and stated that he had no intention of pushing an agenda to change the design of the EU to the USA federalist template.

Here is the link for the audiovisual from EU events and daily activities. Youcan sign up and then can login each time you visit.
https://ec.europa.eu/avservices/ebs/schedule.cfm?page=2&date=02/14/2018&institution=Commission#s393182 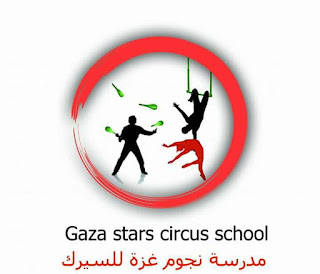 Vicki Chats: Palestine Raw / Strength during the Siege
The first show is being produced as we speak.
We meet a fabulous and skilled fellow, Alex, to learn about breakdancing and circus in Gaza City.
Will keep you posted. 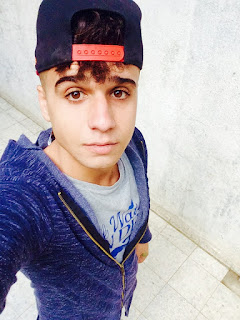 Meet Alex
19 years old from Gaza. Alex has spent years strengthening his muscles and practicing with his team.
Now he is a a breakdancer and Circus acrobat that blows his audience away. 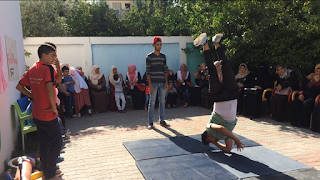 Elbow balance by Alex! Alex and team at a practice session. 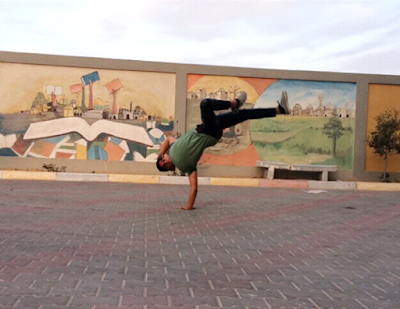 One hand handstand. Do not try this at home without practice. 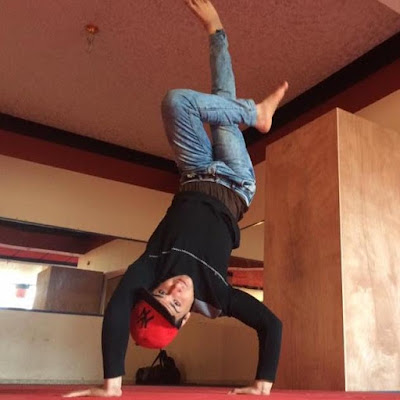 Double handstand and giving us a pose for the camera! Can you do this?

Social Security is for the People

The Ancient land of Palestine 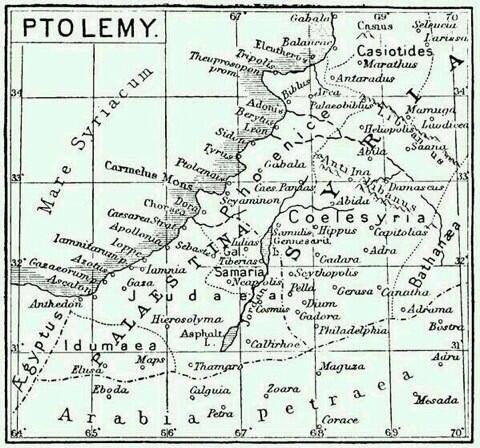 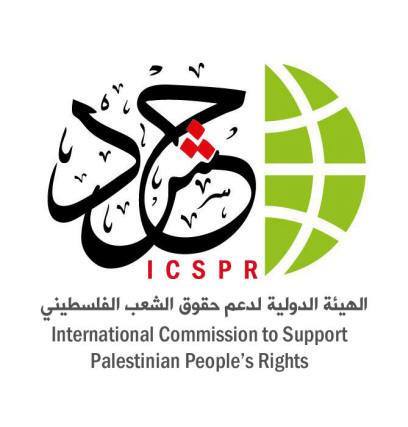 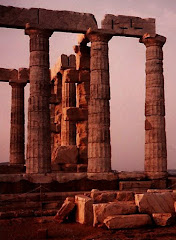 What do you imagine for the future?
Do you have a special dream?

Movieonline.cc offers classic movies free! I like watching movies!
Want to watch a movie with me?
I'm probably watching one right now!
Grey Wolf
is my movie online nickname.